I avoided Liam like a plague, I always stayed in my room whenever he was home. When we kissed it was like everything fell into place, the best kiss I have ever felt.I thought he enjoyed the kiss as much I did but he didn't, so I'll give him his wish. We'll only just be friends.I'm going out with Laura, to check on my home renovations. I had thought Liam had left for work but I found him with a cup of coffee in the kitchen."Morning." He says smiling at me."Morning." I say smiling back."Coffee?" He asks pouring me a cup before I answered.I collect the cup and mutter thank you."You're going out?" He asks making small talk."Yeah I have a meeting with the house contractor." I explain."What about you? Work?" I ask noticing he was dressed in a suit for work."Yeah, meetings." He says."Uhnmm I should go, Laura is waiting for me." I explain grabbing my purse."Carla, dinner later?" He asks."Yeah sure." I say after a purse."Cool, let's try the new restaurant at my hotel?" He asks.So he wants us to go out? I know it's not a date but I'm a little excited even though I shouldn't be."Sure, I'll meet you there." I say as I leave.

"Why do you look solemn?" Laura asks as we stop by a Starbucks before heading to meet with the contractors."You know I told you, Liam and I kissed.""Yeah and he stopped." Laura says."Yeah, he asked me for dinner today." I say. "But it isn't a date." I add."What's the problem then." Laura asks."He doesn't want me and I want him, I need to move on." I say with a sigh."I'm sorry love, maybe go on that date with Nate?" Laura asks."You think so?" I ask."Sure why not, keep it casual though." Laura says. "Maybe some sex will make you completely forget about Liam." She adds."Yeah, I do need some sex." I say."Enough sad talk, let's meet up with the contractors so we can do a little shopping." Laura says."You know, we're kind of shopping addicts. My closet space in Mickey's place is too small." I say."Okay, maybe just shoes today." Laura says with a laugh."I love you," I say to her and she hugs me.

Later, I go back home to take a shower and change before meeting up with Liam at the restaurant.I dress up casually, in jeans and a turtleneck sweater, it isn't a date so I won't be dressing up as if it was one.The hotel is a five-star hotel, Liam's family are famous hoteliers, they have five-star hotels all over the world. Liam and his brother Ethan are the CEOs, Ethan his brother heading up the branches in America, and Liam heading the branches in Europe.I head to the restaurant in the hotel, I tell the hostess my name and she immediately takes me to Liam.He was on the phone, immediately he saw me he ended the call."Hey," he says getting up to give me a short warm hug then he pulls out my chair for me."Sorry, I'm late." I say as I sit down."It's fine, I was on a long excruitating work call with my brother." He says."Feel like I haven't seen you in a while."Liam says with a smile."Yeah, I have been shopping with Laura a lot." I say with a smile."So what's been keeping you busy?" I ask him after the waiter takes our order."Mostly just work." He says vaguely."I talked with Mickey earlier," he says with a smile. "He asked about you," he adds."Yeah?" I ask."Yeah he wanted an update, wants to know if you're seeing anyone." Liam says."He's so annoying, he treats me like I'm 12 years old." I say with a huff."He just cares about you." Liam says."Next time he asks if I'm seeing someone, tell him I'm having lots and lots of sex." I say with a smirk."What?" Liam asks with a frown."Are you having lots and lots of sex?" Liam asks."No, not yet but I'm going to start." I say.Liam doesn't say anything more, but he looks like he has a lot to say.

"Liam it's okay we can talk about sex, it's actually good I'm getting comfortable talking about stuff like this with you. It's not like I'm trying to get into your pants and we can talk openly about sex." I say and Liam just stares at me.The air between us seemed to hum quietly."Have you always been sexually open," He asks after a long pause."Sex is natural, it's what our bodies like to do." I answered vaguely before adding, "Actually no I'm not sexually open. But I'll like to change that.""What do you mean by that," He asks I don't know when the whole conversation shifted to this but I don't mind.

"Well I lost my virginity to my high school boyfriend I was 15. In the back of his dad's Mercedes. We dated all through high school to college then we broke up senior year college. And after him, I've hooked up with a couple of guys nothing serious just casual hookups.I just don't think I'm vocal with what I want sexually, sometimes I get uncomfortable talking about stuff like that. So I won't say I have had lots of satisfiable sex." I explain while Liam quietly listens."But I'm sure you have had quite lots of satisfiable sex." I say again and Liam grins widely.

"What makes you say that." Liam asks."C'mon you're Liam Louis Bancroft, according to my brother you're a legend in that department and Liam look at you. You definitely know a thing or two in that department." I say.He laughs out loud at that. "I'm sure you have been with like lots and lots of women." I say. He doesn't reply to that instead he asks me"So how many guys have you been with?""I have only dated two guys, but in total I have had sex with 5 guys." I say."Wow 5," he says pausing for a bit."Liam I'm sure my 5 is small to your 20 or 30." I say.He just laughs, "maybe we shouldn't talk about that." he says. And I laugh and say "that much huh?" And he nods yes."So my date with Nate is tomorrow." I changing the subject."You're going out with him?" Liam asks with a frown."Yeah, I mean I'm trying to get back out there nothing serious just casual." I explain and Liam nods."When you say casual what do you mean?" He asks."I mean nothing that has to do with the heart, mostly just physical." I say and Liam raises his eyebrows up in a question."I mean just hookups, you know sex." I say and he frowns."You don't think it's a good idea?" I ask when he doesn't say anything."No it's fine, I just don't trust the Nate guy." Liam says."He's totally cool, you just don't know him yet." I say."What are you two doing tomorrow then?"Liam asks."We're going out for drinks." I say."Totally casual." I add and Liam nods. He changes the subject to work after that.

Comments (2)
Monique Gomez-Tromp
Should not exceed? 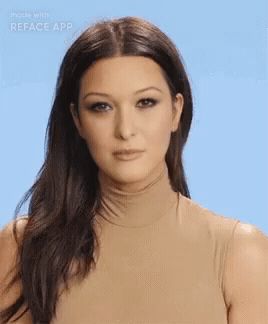 Phoenix
Is it Liam or Ian??? The name keeps getting switched out.
VIEW ALL COMMENTS