DISCLAIMER: This book has been labeled with mature content, which might contain some inappropriate scenes for some readers.

This is a work of fiction and purely written for entertainment purposes. Names, characters, business, events and incidents are the products of the author’s imagination. Any resemblance to actual persons, living or dead, or actual events is purely coincidental.

Especially to you, jerk. The hollywood monster I wrote here, it’s definitely NOT you. So, sit back and relax. I’m not attacking you.

"I would rather die...," I say nonchalantly.

And as soon as I said that,  from where I’m standing, I can see the folks gasp, their mouths falling open, some even jerk their heads back as if I were some kind of disgusting creature. They become breathless, altogether.

They must haven't seen it coming, and neither have I.

I can feel the tension grow thicker in the air by second. So thick  that it starts to suffocate me, then crawls to myskin, my flesh. There was nothing but silent screaming within me, drowning me in, piece by piece. Inch by inch. Waiting for his response, until nothing of me left.

“Pardon,” the high priest  draws his eyebrows together then glares at me with fierce, yet curious eyes,  “do you understand what you just said, dear?”

“Yes, Father,”  I whisper, keeping my voice calm, even though I'm beginning to shake. And he shook his head in disbelief.

“I don’t think ye do, child,” he then says, leaning his upper body toward me, creating less space between us. ”This is a very. Serious. Matter. Not a joke,” he stretches out each word as if he wanted to make sure his words sink in me. And it’s for a good reason. “Think through, Amber,” he says.

I couldn’t believe what I just said: I would rather die.

Less than a year ago, I would probably never think of such a thing. And maybe, just maybe, those words didn’t even exist in my vocabulary. What can I say? I was just an oblivious average little girl, with her stupid little dream, happy in her own illusion of a perfect little world. Yet so many things had happened in just less than a year. Something inhuman has been done to me. And just in less than a year, the perfect little world I lived in, slowly turns into a lunatic fucking nightmare that never ends.

Like why does that son of bitch get to live his goddamn life after all the terrible things he has done to me, while I have to suffer the consequence?

It’s just that--, now, I find living in this disgusting, rooting vessel of sin is too--, painful. I feel like a prisoner in my own body. Go ahead and judge me. You can call me weak, selfish, whatever, it doesn’t matter. It doesn’t change the fact that, to me death--, seems like a less cruel option.

“I know but you don’t leave me any choice.” My husky voice trembles.

“Amber, I think ye misunderstood, we do give thee choices--”

“What choice do I have? Die or grant that monster a right over me for the rest of my life?” I snapped with something flaring inside me, boiling my blood. And the room stun speechless by the gravity of insanity they put me through. Sensing that, I take a deep breath, lift my head up and say, “ I would rather die, Father….”

At this point, death seems more like mercy that I grace upon myself, like a permanent fix, so I don't have to prolong my suffering; enduring his filthy hand on my body, allowing him inside me and breathing life to the recollection of that  sickening fucking nightmare, flashing before my eyes over and over again.

“Hell is empty and all the devils are here.”

“Life affords you infinite possibilities to pay more attention to what is actually happening. Not just around you but what is Inside you.” 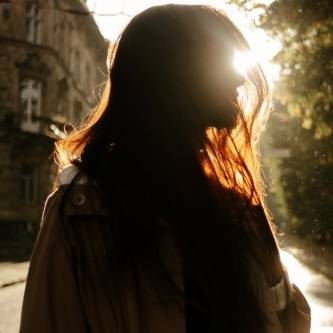 sairentogaaru
It's thrilling and already shattered this feeling deep down in my heart. You're certainly a soul breaker with merely your words. 😅
VIEW ALL COMMENTS