Sebastian was laying on his stomach. Once I was done with tying and cuffing him, I sat on the bed and rubbed my hands on his ass. He was in deep sleep but still he moaned. I smirked mischievously hearing his pleasured moans. He woke up when I slapped his ass hard. I moaned loudly and looked around with his sleepy eyes. His eyes widened in fear as he looked at my face. He gulped hard in fear and my smirk became wider. I slapped his other ass cheek and I screamed in pain. I did not understand why he was enjoying it. But his moans were turning me on.

I tore his PJs and threw them on the ground. His ass cheeks were pink due to the spanking. His eyes went wide in horror when I picked up the whipper with a huge smirk on my face. "Tristan, please don't do this. I am begging you. Don't hurt me." He  begged me and it made me a bit more harder than before. The whipper collided with his ass and he screamed. It sounded more like a moan. He was enjoying it, so was I. I had never gotten hard with a man. But he was something else. He was pushing me towards my wild side.

Hearing his loud screams, Nickon came and started banging the door of my bedroom. Sebastian tried his best to get himself free but I made sure to secure the ties and the cuffs tightly. I did not want him to jump out of the room. "Tristan, do not hurt that kid. Please, just listen to me. You can not just make him pay for whatever Tina did. That bitch is the one who needs to be taught a lesson. That kid did nothing to get hurt like this. Please just stop." Nickon started roaring from the outside. But I was nowhere to hear him. Sebastian's moans had awoken my demon. And I wanted to end what I had started.

I kept whipping his ass with the whipper and his moans became louder. He was practically screaming. And his screams were poking my demon. I started to enjoy our little game. But then, it was like I started doing something I did not want to. Yes, I was seeking pleasure as well. But I was out of my mind. I started whipping his ass with full force. He was screaming in pain and I was enjoying it.

First his legs then his whole body started shaking with pleasure and pain. My dick was as hard as iron. I wanted a release and I was sure as hell that it would be an intense one. More intense than I have ever experienced. I smirked and dropped the whipper on the ground. I grabbed his red like tomato ass and squeezed it a little harshly. He moaned again when I slapped his ass. It was red. I knew he would not be able to sit for a few days. What surprised me more, his body was reacting to me perfectly. His dick was erect and was ready to release. Nickon and the others were banging my door like they would break it and jump into my room. But I knew, none of them had guts to do so. They all feared me. "Tristan, do not do anything you would regret later. We know nothing about the kid. Please stop." Nickon started begging to leave him alone. Only if he knew, Sebastian was enjoying every bit of it. Yes, I could see he was in pain but also his body was reacting.

He gasped loudly when I picked up the cane stick. His eyes were begging me to stop. But I could not stop. I was nowhere to stop. I wanted to punish him. I wanted to make sure he would not sit straight for a week or so. He shut his eyes tightly and buried his face in the pillow. I raised the cane stick to hit his ass but someone stopped me. I turned around to see who dared to stop me. But my eyes widened when I saw mama in the room. She had used the spare key to open the lock. She snatched the cane stick from my hand and looked at Sebastian. Before I could say anything, she slapped me hard on my cheek. I held my cheek and looked around. I blinked my eyes a few times. I was so drunk that I did not realize how hard I had been whipping him. His ass was sore. It had bruises and wounds.

"à quoi pensais-tu Tristan?  Pourquoi tu lui as fait du mal comme ça?  Ne vous ai-je pas dit de vous éloigner de lui?  Ma sainte mère Jésus, regarde-le.  Ce que tu viens de lui faire.  il ne restera pas assis pendant les dix prochains jours.  Bien joué, tu viens de blesser une âme innocente sans tout savoir de lui.  juste bien fait.  votre papa sera très heureux de savoir ce que vous venez de lui faire.  foutre le camp d'ici. " (What were you thinking Tristan? Why did you hurt him like this? Did I not tell you to keep yourself away from him? Holy mother of Jesus, look at him. What you just did to him. He will not be sitting straight for the next ten days. Well done son, you just hurt an innocent soul without knowing everything about him. Just well done. Your papa will be very happy to know what you just did to him. Get the fuck out of here.) Mama's voice pulled me back into reality. She angrily cursed me and kicked me out of my own bedroom.

I was sitting on the ground when the doctor came to me. "How is he?" I asked the doctor.

"To be honest, he is not good. I had to lie inside. His butt will take a few days to get all healed. That too with a lot of care. I suggest you be careful next time." He said and I just nodded my head. I already knew what I had done. I was thankful that mama stopped me before I would have started flogging him. I had no idea what would happen then. Even though I hated him because he worked for Hector, I still felt bad. I should not have done that.

I was occupied with my thoughts when Nickon came and sat beside me. I sat straight and prepared myself for another episode of cursing from Nickon. But what he said, totally left me in shock.

"I told you to be careful about him. I told you not to do anything before I would be sure. But you have a bad habit of not listening to anyone. That kid is as innocent as you were when Hector killed your father and treated you as his slave. That kid is another victim of Hector's wrath. That bastard made him sign an agreement to work for him. And if that kid ever rejected him, he will kill his baby sister. First Hector killed his parents then he made him sign that contract. Now that kid is nothing but a slave to Hector. And guess what, you ran away because you were alone but that kid can not even run away because his sister. Hector always keeps his sister as his return ticket. You just did something that will haunt your dreams forever, Tristan." He said and without sparing a single glance, he left. 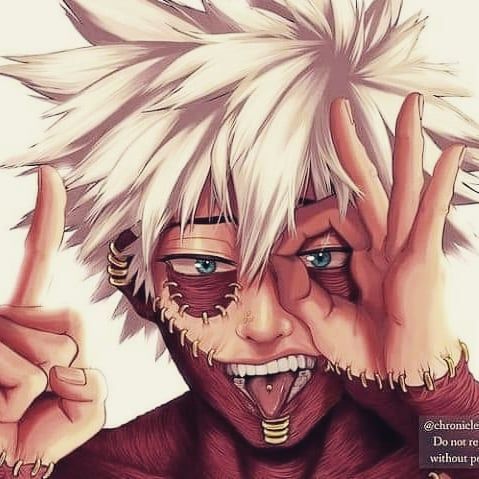 ash.
also you put 'i screamed in pain' im not sure if you meant he but i thought you should know. honestly no complaints about the story you are a very talented reader its amazing what people can think of.

ash.
im not complaining i honestly love the story however i dont know if you realised on chapter ten you accidentally put 'i moaned loudly and looked around with his sleepy eyes' i just wanted to tell you incase you would want to fix it or you hadnt realised. again i love the story so far its amazing.
VIEW ALL COMMENTS