I'm so glad you decided to stop by and read my book. Thank you so much for that. Love you guys the most.

I love you guys a lot. Leave a nice five-star rating, please😘

This exertion I was experiencing was driving the hell out of my knuckles, typing furiously on my office laptop, working for some asshole as his secretary really wasted my whole time.

I was constantly giving my work an irrelevant emphasis. I decided to take a break, rested my head on the black leather chair I was sitting on, at the end, close to the glass wall of my rectangular office, painted in an exorbitant white paint, with a black theme that completely correlates with my black office chair and extortionate Spanish glass table with other beautiful extras that are necessary in a secretary's office. I shut my eyes. I knew lunch time had passed and I hadn't eaten anything today except some candy I bought at a kids store.

The thud of the glass door against the wall made me lurch up from the chair. It should have shattered if it weren't of extremely good quality.

The visibility of the irritating figure standing by the now opened door, smirking, caused me to scrunch my face in disgust. I couldn't help it. It was my boss, Justin Carter. I felt like slamming his head against a wall as he stormed towards my direction, nibbling his lower lip, gruesomely.

I held my breath, in an involuntary loathly manner.

"I'm almost done with it," I forced out, referring to what I was working on. I tried to hide the disgust in me and be polite but no, it wasn't working. I shot him a vexed glare.

"Don't you dare give me that look. Don't forget that, I'm your boss, Eve." He said, came to the point I was clearly not interested in what I was working on anymore, yanked me to sit on my office chair while sitting on my office table.

He leaned his disgusting face towards mine, holding the chair handles like he was caging me to the chair, which he definitely was.

"Now, how do you think you'll escape, Eve?" He said, almost in whispers then smirked. He leaned closer to plant a soft, sinister kiss on my lips, held my cheeks roughly.

I tried to fight back, even when I knew that it was pointless. He was way stronger than one could ever imagine.

"I hate you, loser!" I hollered at him, trying to hold my tears back but they just rolled down helplessly.

From his facial expression, anyone could tell that he was deriving joy from what he was doing. What could I do?

Justin had the right to do whatever he wanted with me because he was indirectly in charge of my parents' lives. When I say whatever, I mean, there was nothing he couldn't do with or to me.

My parents were seriously ill and almost dying. So, what could I do. I was helpless.

The memory of how it happened made my brain quiver in my skull...

My parents and I lived in a small home. It was the greatest to me. We had all we needed, love, unity, peace, happiness, and so many more.

I attended Southhills high school. It was epic. I was just a dumb nerd that talked to no one except my books and few people which was obviously weird.

I had come across many disgusting boys that wanted me to be their girlfriends. Justin Carter was one of them but I always rejected them.

Little did I know that Justin was deeply in love with me. He was obsessed! He had always followed me home without my consent. He was stalking me and knew my every move. He was really annoying.

After high school, I struggled to attend college and unfortunately, Justin also attended the same college.

I never accepted him but he grew head over hills for me, even though I didn't understand why such a billionaire's son would stoop so low to my level. I always felt trivial because I was worthless.

After college, he became frustrated. I thought he was going to leave me but no, he didn't. It made my hatred for him enlarge.

One unfortunate day, I went out to buy some food items. When I came home, my parents laid lifeless on the ground. I didn't know what to do. My greatest mistake was that I called Justin to help me and he immediately did that. It was so obscure.

The doctor told us that they were sprayed with a dangerous gas and it had caused them to not be able to communicate or move their body. They had to use life supporting machines, which I obviously couldn't afford.

I had to sign a contract with Justin to work with him and he could do whatever he wants with me. If I didn't do it, he could stop my parents' treatment, leading to their immediate death. I couldn't bear to lose them. There was hope for them to become fully recovered.

Well, I signed the contract and it would last for 5 haunting years. It was just the third month and it already seemed like hell in a higher grade hell. JUSTIN, was the most terrible thing that had ever happened to me!

I threw my bag and myself to a torn couch in our excessively small house. The living room was painted with a very frugal green paint that was already peeling off and exposing the flimsy, unpainted part of the wall.

"Oh, you're back!" Caramel Perkins greeted in accost. She sat on the other couch as we only had two of them in the living room. Caramel was my best and only friend. She was like a sister to me. She always supported me and stood by my side in my every moment. She was part of my world. I have been living with her ever since my parents were ill and she's great and very accommodating.

"Yeah." I groaned in anguish from the back ache I was experiencing and the old, despondent and overused couch that had been passed from generations was not helping in making me comfortable.

"Are you okay?" She asked drearily, crossed one leg over the other, drumming her fingers on the couch handle with its wooden part broken.

"I hate my work. He drives me crazy." I bit my lower lips as tears involuntarily rolled down my cheeks for no reasonable reason. "I'm tired of this pain. It seems like I sold myself to a beast." I bit my inner cheeks in frustration, drove my fingers repeatedly into my hair.

"Eve Netherland," she called in a commanding tone, "I know I would have given you the greatest advice if only you had talked to me before working with him." She scolded, reminding of my mother when she scolded me for always playing in the rain and catching a cold afterwards.

I rubbed my cheeks with my palm, to wipe the tears off them. "I'm sorry but I didn't have a choice. I was so lost in the pain I was in seeing my parents in such condition." I bit back the tears that were dangling on my larynx.

"I wish I could get myself free from this useless slavery in an excuse of a contract that's an obvious bondage." I said, cursing my decision under my breath.

"I could help you if you want." She said, a smirk played on her face. She placed her chin on her palms, her elbows on her knees.

"Really?! How!" I said, giving her a dreary, pleading look that could make something explode from my pitiful look.

"Calm your nerves girl," she chuckled weakly. "I hate seeing you cry." She pushed her lips forward into a pout.

"I'll find a new job for you. It's great and pays well." She grinned. "You could earn a lot and I'll also support you with all I have."

My smile immediately changed to a frown. "I signed a contract and it'll last for five years," I furrowed my brows at her. "It's a contract not some child's play." I added.

"Chill girl. I know that." She smirked. "We both know how Justin loves you and would not want to get you arrested or harm you," she patted my back. "You'll just travel far away, get a new job while I make sure that things are okay and your parents are safe until you can take them to where you'll go."

"This doesn't make any sense. Justin isn't that stupid." I folded my arms across my chest.

"I don't think Justin would be so gullible and let me go. He has been chasing after me for over five years now.

"Trust me, Eve." Her lips twitched to a smile. "You know how I handle things like this."

"I'll try to trust you but if any goes wrong, you'll not like it." Caramel could handle this. She had sorted out more dangerous situations than this. She was one problem solver.

I heaved a sigh, trying to get positivity out of the idea. I lay on the couch, my butt entered a huge hole in the couch which I decided to ignore and watch the small television we had. It seemed like those ancient days television set. 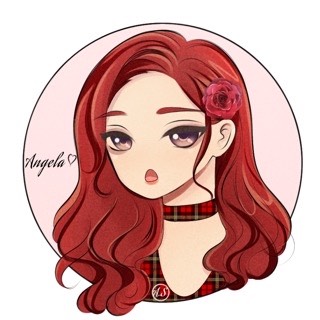 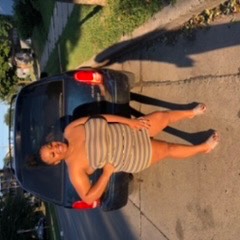 MiracleJ
Her name is so cute tho. Caramel

MiracleJ
Don’t we all wanna slam our boss’s heads?
VIEW ALL COMMENTS