Home/Demons within Me: (The Incubus Slave) Book 1/My Playmate
LOGIN
Library
Add to library

Demons within Me: (The Incubus Slave) Book 1
Author: Kate Granada
My Playmate

As far as I remembered during my childhood days, I had this so-called playmate but he only appeared in my dreams every night. Yes! It's true and he was a guy, a fucking hot beautiful creature. A demon. With my innocent mind, I didn't recognize his actions if they were good or bad. I was only fifteen years old back then. I had wet dreams! Oh my God!!! Yes at my young age, he made me feel dirty during my sleeping phase. I didn't understand the feeling since I was too young and I just considered him as my older brother. I wanted to tell my mom about my filthy nightmares but he kept telling me inside my mind even when I was awake that if I disobeyed him or if I let anyone knew it,  I would be punished. I keep this secret of mine for these past four years. Anyway, my name is Diana Scott and my pet name was Din-din. I'm already nineteen years old and a third-year college student. I am taking up Psychology and my special subject was Mythology. I am a bookworm. I always sleep late at night reading myth stories. I loved those mythology gods and Goddesses especially Aphrodite, the Goddess of Beauty. I was also a fan of mythology folklore love stories like Pyramus and Thisbe and I repeatedly watching the movie of Odysseus (The Odyssey).

Back to my fantasy, he's still with me every night until now. His physical appearance changed as time passed by. He had horns on every side of his head now and a long piercing tail on his back with lewd looking eyes.

I'm honestly scared of him. He's not the lovely guy I used to know. When I refused, he would turn into a demon-liked creature. He was my sexual nightmares every night and despite my poor inner power, I'm still alive. I didn't even know the reason but I think he's not the only one keeping me. There's another person who stayed deep within me. However, he still wanted me! Online! He said we're not playmates anymore! He's my master and I'm his slave for the rest of my life. It gave me goosebumps all over my body when I woke up. "Gosh! This demon mate with me again! "As I got up from my bed getting ready to take a quick shower. It's the beginning of my 2nd third year semester on my course. I took a quick shower, dressed- up in my school uniform, went downstairs, had my breakfast, and drove to the school campus. I still couldn't resist his stimulating hands trailing on every part of my body inside my dreams. I had this voice whispering to me deeply in my confused mind. I didn't understand this another voice within me that I heard and it's a female voice. She had an enchanting voice where it could consume my whole sanity. She was with me also this whole time since I was a little girl. I felt her presence especially in my dreams as if she was lurking in my soul and taking control of my body's sensational feeling. While I was busy walking down the hallway of the campus I heard my phone beep. I took it from my bag and when I was checking who called, it was my mom. She was a surgeon. "Hello mommy what's up!", I asked her. I was in a hurry because I still didn't know my schedule yet and it's already seven in the morning. She was on her night ship so I guess mom was tired and was lazy to meet me at school. "Honey I just want to check on you that's all!", I rolled my eyes as she became sentimental again. "Yes, mom don't worry I'm a big girl now okay! Common go to sleep now! Bye! I love you!", I said and waited for her response. "I love you too honey bye!", she replied sweetly. Before my class, I still didn't know my first schedule since it's the first day of the second semester of my course. I went to the bulletin board near our registrar's office. All the schedules of every student in all year levels were posted there. I check my schedule and after I'm done snapping pictures of it I ran like a racing car because it's already past seven. While on my way to my next class I felt a steamy sensation running through my veins. I couldn't control this electricity running through my nerves all over my body especially down there. "Why now?", I mumbled as I started searching for a girl's restroom. It was in the last part of the hallway near the Tourism section. I quickly entered and something happened. Prof. Damon pov "It's nice to be reborn again!", I uttered as I finished licking the last drop of blood beneath my lips. He was one of the Professors of Arcadia College Academy. His name was Dan Austin and I waited for almost fifty-six years to find a man who had huge energy inside his body that could help me to leech inside his body freely.  Oops, it's my human body already and I'm enjoying it. I smirked. I roamed my eyes from outside the school campus. I took a deep breath and closed my eyes trying to search for her energy. The aura of a girl whom I used to play with since she was young. I smirked and drew a menacing grin when I finally reached her and made a contact with her by entering her pure brain. "Touch your body!", I summoned her within my head. Anyway, I'm Damon Salvatore, I'm a demon vampire leech on any man's body years by years and I finally came back to find the granddaughter of my beloved Isabelle. "I'm coming my dear Diana!", I whispered as I started to walked inside the campus.

Ps. Damon Salvatore is a hybrid demon vampire. He possesses the magic of invisibility and could perform mind travel concentration.

Amy
The grammar errors made following the story impossible to get into. Not reading any further. Good luck to the author, maybe in a few years this book will be re-released in better flowing english text.
firsty.luvi
Your work is amazing, seriously. Do you have any social media for your books I could follow?

Bella Jersey
Damon is a freak 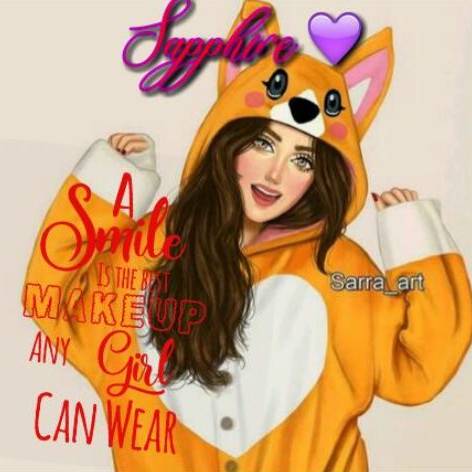 Sapphire_nation
I love the story The fact that I could connect to it. it's perfect.

Ashley Walker
i like the story line...but my god..the misuse of conjuctions or lack thereof is killing me.
VIEW ALL COMMENTS