'Listen to your trainer Suzanne,' her Dad advised sternly. 'And pay attention....you know the slightest things distracts you.'

Suzanne let her spoon down a little firmer than usual. 'Um...can we not do this...? I'm trying to eat and if I don't eat I could run late on my first day.'

Her twin brother laughed from the living room. 'You mean they shouldn't lecture you on being a complete failure and disappointment?'

Suzanne clenched her teeth. 'Shut up Shane,' she growled.

Well in a mild way it was true.

'You know what? I'm off. It's not a crime to turn in early,' she stood up and headed out.

Her mum hugged her tightly and showered her with kisses. 'Make mama proud!'

Her dad just stood by, strictly analyzing her. 'Behave there Suzanne.'

'Goodbye loser!' Shane yelled as she left the house and slammed the door.

That was annoying. I'll show them! I can and will be the best hero ever.

With those encouraging thoughts she marched, full of determination, into the shining sunrise. Hope filled in her heart, courage shimmering in her eyes, the wind blowing in her hair.....

And then she tripped on her loose shoelace.

She had to go back to change her outfit. Suzanne angrily walked back home.

She was met with:

'Seems the hero league rejected her. I would.' Dad smirked, looking her over skeptically.

'I JUST RETURNED TO CHANGE MY OUTFIT!!' Suzanne yelled as she face palmed herself.

Suzanne O'Izzy was kinda a wimp in most sense. Though she doesn't get bullied or all that other stuff but trouble just finds its way to her in the most unexpected ways imaginable.

Generally as a rule in every school, once students get to a certain form, they are tried and tested to ascertain if they are hero material then they are transferred to Superhero high in one of the schools where they are trained majorly to protect inocent citizens.

Thanks to this establishments, the crime rate dropped considerably as various heroes are sent on missions to stop the bad guys. Whether a cat got stuck in the tree or there's a robbery at the jewelry store or a family receives a note of kidnap to pay a ransome, the heroes were always there to save the day.

Now when it was Suzanne's form's turn to take the test, both written, field and oral, a major crisis occurred as most of the heroes were having a face off with the rogue heroes: they were  once heroes but they became disloyal to the hero league.

The battle went on for months. As a result of the new development prospective students in that particular year weren't able to take the test. It was then decided that all the students in Suzanne's form will be given admission on scholarship.

Suzanne was relieved for there was no way she'd have passed the test and then she'd be condemned to live a normal and unexciting life.

In a way, the crisis was sort of her miracle into getting into Superhero high without lifting a finger. Though her Dad wasn't too happy about the way she got in, yet irrespective of his opinion, she was a hero trainee.

And she was going to prove that scholarship or not, she belonged there. 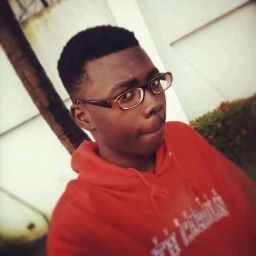