It was a sunny summer, the sky is clear as crystal that it gives some peaceful and calm feeling to the person who is watching it.

In the Zhou Mansion, it has an opposite situation to how calm the sky is. It was lively, the servants were literally running around the house, as they cleaned every space and inch of the house, making sure not a speck of dust must be seen or touched.

For today, is a very important day for the Zhou Family. They will now introduce their one and only daughter, Lihua, to her soon-to-be husband. The young man's family will arrive in the evening.

The Zhou family, who will host the said small party, still have the whole morning and afternoon to prepare for a small party that will only be attended by the two families.

"I'm so excited to meet our son-in-law." Mrs. Zhou exclaimed as she personally arranged the flowers. "It has been so long since we saw that child. I bet he has grown into a fine young man now" she added as she took a glance at her husband who on the other hand was reading a morning newspaper.

He asked his wife earlier if he could also help her but the madam only scolded him to get his hands-off from her flowers.

"Since that incident happened we never saw him come to our place, Lihua also doesn't remember him." the Zhou patriarch said in a sad voice as he placed the newspaper on the table.

"Eight years have already passed yet those two were still stuck with him. I, too, miss him so much but we can't do anything about what happened. As long as the two of us are still breathing, all we can do is to try our best to know who their kidnappers are." He added.

''Though, I have an idea who they are, still I need to confirm their identity because they might be the same men who caused him-'' His wife immediately shut him off and pinched his side, "Ay yah you old man stop making the lively room gloomy. Let's just talk about our future grandchildren." Mrs. Zhou suggested.

"Well, I bet, my grandchildren will have our looks." The Zhou Patriarch stated and the madam immediately agreed.

The atmosphere became lively again as the two elders continued chatting happily in the living room, they were talking about their grandchildren even though the bride and the groom still haven't met each other.

On the other hand, their daughter, Lihua was planning on escaping this so-called arranged marriage which is somehow a tradition for some elite families. She wanted to break and go against that tradition because she believes that she must only marry the man she loves.

"Should I tell my parents that I have found a boyfriend?" She questioned herself when she remembered that her parents have told her that once she didn't find herself a boyfriend at the age of nineteen, they would introduce her fiance when the perfect time comes and that perfect time is today. Lihua has been listing all the possible reasons she could think of just to break the marriage alliance.

While she was thinking about what to do just to break the marriage alliance and the Zhou Elders were busy arranging the small party.

The soon-to-be groom's family house was in chaos because the young man was nowhere to be found.

"How could your son do this to us? He already knew that today is the day where he would meet her again as his fiance." the young man's father angrily said.

The young man's mother is also angry and at the same time worried. They didn't know where to find their son who was just hiding in one of his private houses.

At the young man's Private House

Laying on the sofa bed is the young Li Wei who escaped from meeting his fiance. He placed his two big hands on his face and sighed.

"I think I don't have the guts to face her yet." He murmured to himself.

He actually knew who his soon-to-be wife was. He was actually delighted by the fact that the girl he loves will be his fiance but at the same time he is afraid to meet her. Afraid that once he would see her, he would lose all his control of his emotions in front of her.

Even though they haven't met each other again, he had already lost his mind , applying to be a professor in the university where she is studying.

He knew that it is a big no-no for a teacher to have a relationship with one of his students. But he wants to take the risk in order for him to protect her,  to fill all the years they missed when he was away and not on her side when she was suffering. He wanted to be part of her life once again.

He would do anything to protect her if their relationship would be discovered.

Because once they are found out, maybe just maybe some people will understand but there will still be some people who are really close-minded and they prefer judging people without understanding the situation properly.

The other thing why he didn't want to meet her yet is that he wanted to give some freedom for the young lady while they still haven't met each other in person.

While thinking about the situation, he felt his head and eyes aching. So he decided to close his eyes and just take a nap. He was also tired and exhausted from a four hours drive from his parent's house to his private place.

The Jian Family immediately apologized to the Zhou couple as soon as they arrived at the Mansion. Before they left their house, they had been contacting their son but his phone couldn't be reached.

"We are very sorry, our son went missing this morning. I should have tied him to his bed if I had known that he would do this to us." Madam Jian told the Zhou Matriarch

"It is okay, we understand him. Maybe he just needed some time to think about this marriage." Mrs. Zhou said as she tapped Mrs. Jian's shoulder.

"There is still plenty of time for both our children to meet each other," Mr. Zhou uttered.

"Let us just eat some dinner, we have prepared so many dishes." Mrs. Zhou guided the Jian Couple to the kitchen.

Lihua was really happy about what she had heard from Mrs. Jian. She was really grateful and thankful for what the man did. She didn't want to meet him yet. She still has so many things to do and achieve before engaging herself in married life.

She should enjoy herself for being free because while she was planning her "How to break the Marriage Alliance" she realized that she really couldn't break it because it was a marriage alliance done by her Grandpa and the young man's Grandma.

Even though she is doted by her Grandpa she still knew that her Grandpa's mind wouldn't change once she would bring this topic to him. As long as her Grandpa lives no one could defy his orders because he is still the main patriarch of the Zhou Household. 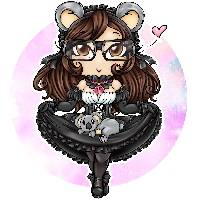 denthoughts
really like how this started hehe ?
VIEW ALL COMMENTS