“Remind me again why I’m going to your appointment with the florist? And also remind me why you aren’t just going through one of the florists we have within the pack?” I sighed as I followed my GPS to Flowers of the Nile in Eugene, Oregon. “Because Aurelia hasn’t been feeling well, and I finally talked her stubborn ass into going to see the doctor. But we can’t cancel or reschedule if we want to have the flowers for the wedding.” my brother sighed over the car Bluetooth.

“Okay, I get that. And I’m glad she’s finally going to the doctor. Though honestly, I’m with Sybille. They are just going to tell you that it’s morning sickness, and you have a pup on the way.” I rolled my eyes. “Guess we’ll see. She’s pretty sure it’s just from Hana’s undercooked brownies.” Logan answered.

“Yeah, sure. Then why aren’t the rest of us throwing up daily? We all ate that. I love your daughter, but I’m not eating anything she makes ever again.” I chuckled, remembering the ‘lava brownies’ my niece made. She’s twelve and adorable, but I fear for the man she ends up marrying. I hope he can cook because she’s as useful in the kitchen as Logan.

“Yeah yeah. Just handle the flowers. You have the binder that details what Aurelia wants.” Logan sighed, and I could hear him rolling his eyes. “Yes, I’ve got it. You know you can depend on me. You still didn’t explain why we are going outside the pack for the floral arrangements. The arrangements that Andrea made for the Luna ceremony last year were lovely.” I said, taking another turn.

“Because the wedding is for Aurelia’s human family more than anything. I could go to city hall and have it done as far as the government is concerned. And since we are mated, and she’s already my Luna, the pack sees us as married.” Logan explained. “Still doesn’t answer my question, little brother.” I pointed out. “She wants to give business to local businesses in the area she’s from. And it’s not like the flowers are the only thing we are sourcing from outside the pack. Everything is from outside the pack.” he sighed.

“Is John bitching that we are supporting my hometown’s local business?” Aurelia growls. I hear the clatter of the phone being snatched from my brother. “Hello, Aurelia. Who’s my favorite pregnant Luna?” I smiled. “I’m not fucking pregnant, John. Don’t fucking jinx me. And stop bitching that we are supporting my town’s local businesses. Now handle the flowers. I agreed to this stupid doctor’s appointment, and we need to go before we’re late.” she grumbled, hanging up on me.

I laughed, shaking my head. ‘Oh, she’s so pregnant.’ Irving snickered. ‘Oh yes. The pregnancy hormones are in full swing.’ I agree with my wolf. I sighed, frowning—just another thing my brother is doing before me. I’m older by three years. I was raised to take the role of Alpha, but then my first shift happened, and Irving wasn’t the bloodmoon wolf.

In an instant, all I’d worked for went poof, and father’s attention shifted to Logan rushing to prepare him in hopes he would have the bloodmoon wolf. I don’t know what we’d have done if neither of us did. But Jericho is the bloodmoon wolf, so Logan became our Alpha, and because I was already trained to run the pack, I was named his Beta. And I’ve been supporting my brother in all things ever since.

And now he’s not only found his mate before me, but he’s going to have a pup. Perhaps I’m just meant to be the bachelor Kinsley brother. Forever the uncle and never the father. ‘Stop thinking like that.’ Irving scolded me. ‘Sorry, can’t help it. Even you have to wonder if maybe our mate died before we could meet her. And we both know it’s rare to have a second chance.’ I shrugged.

‘I refuse to believe she’s dead. Like your brother, I believe our mate was just too young for us to find. We should go to the next gathering.’ Irving shook his head. ‘Ever the optimist.’ I sighed. I don’t want to go to gatherings to seek out a mate. I just have this feeling it will be the same as always: many beautiful females but none of them mine. And I refuse to take anyone that isn’t my mate to my bed. This resulted in people like to call me the Virgin Beta, at least when they don’t think I can hear them.

“In one hundred yards, your destination will be on the right.” my GPS informs me. I watch the storefronts on my right for a place to park and stop one literally in front of the florist. A golden awning hung outside with the shop’s name ‘Flowers of the Nile’ in a cursive font painted in blue. The large windows offered plenty of light to the shop, filled with flowers in various species and a spectrum of colors.

I sighed, pocketing my phone, grabbing the folder from the passenger seat before getting out. I took a breath and prepared my susceptible nose for the pending burst of floral scents as I pushed the door open. A little bell above jingled announcing me. I wiggled my nose, trying to control my heightened sense of smell as all the aromas hit me.

As I slowly made my way through to the counter, a scent that is not floral hit me. It was everywhere and was making me start to salivate. The delicious aroma of dark chocolate and strawberries was making me dizzy as it overpowered all the flowers. ‘MATE!!’ Irving shouted as he jumped around in my head like a puppy wagging his tail in excitement.

‘What?!’ I exclaimed. ‘She’s here! Her scent is everywhere! She must work here!’ Irving answered, more excited than even the day we first shifted and finally met. He is forever the optimist. Knowing my luck, she was a customer who wandered around and is already gone. ‘Shut up, pessimist. Find our mate.’ Irving growled.

“Hello, welcome to Flowers of the Niles. I’m Becky. How may I help you?” a pretty blonde greeted me as she popped up out of nowhere. Or maybe it only feels like she came out of nowhere because I was so engrossed by the scent. I managed to focus on the girl and smiled. She’s attractive with long blonde hair in a high ponytail, bright blue eyes, a little simple on her right cheek as she smiles at me. But she’s not the source of the scent, and all interest dies.

“Good afternoon, Miss.” I nodded in greeting. “I am here for an appointment with Miss Adio for the Christian wedding.” I explained. For every vendor we were using outside the pack, we used Aurelia’s family name. The last thing we wanted was to draw attention by using our name. We are just as well known for our company outside the werewolf community, and I don’t feel like getting price gouged.

“Oh… right. Well, let me get her.” Becky smiled, eyeing me, licking her lips like I’m dinner and she’s starving.  “Thank you.” I nodded, looking away, wandering to look at some flowers to show I had no interest. I heard her open a door behind the counter to call out to someone else—the joys of heightened hearing.

“Sarael! There is a fucking gorgeous guy out there looking for you. Apparently has an appointment for the Christian wedding.” Becky gushed. “Becky, if he’s here about a wedding, he’s most likely the groom, so maybe you shouldn’t be commenting on his looks.” a soothing voice answered with a soft Arabic accent. “It’s not like he can hear me? And if he is the groom, it just shows all the good-looking ones are taken. But if he isn’t, I call dibs.” Becky laughed, the laugh a little shrill, making me wince.

“Sure, Becky. If he’s not the groom, he’s all yours.” the woman, Sarael, answered. “Ahem. Mister Christian?” that same voice called out to me. I turned and blinked as my eyes connected with hers. Sarael is gorgeous with bronze skin, with thick dark chocolate brown hair swept up into a low side ponytail with strands of the soft curls framing her heart-shaped face. Her mocha eyes blinked at me under thick lashes as her lips parted with a greeting that seemed to die at the tip of her tongue.

‘MATE!!!!!!’ Irving screamed as he pinpointed the scent was coming from her. I furrowed my brow because while yes, the scent is obviously coming from her, she’s also human. I see no wolf in her eyes, nor do I pick up the underlying scent of werewolf. And the chances of a human being mated to one of my kind is one in a million. “Um… is there something wrong, Mister Christian?” she asked, licking her lips, and I realized I’ve been silent.

“Yes and no.” I answered. ‘Way to be vague, John. So articulate of you. Can’t spare more words and eloquence for our mate?’ Irving rolled his eyes. He apparently doesn’t care that she’s human. “Um, in what way?” she furrowed her brow. Fuck, even the little wrinkles that formed on her brow were cute. “Well, I’m not Mister Christian. My soon-to-be sister made the appointment. Christian is her maiden name. I’m John.” I explained, offering my hand.

“Oh.” she laughed a little, a faint blush coloring her cheeks. I need to get out of here. This is such a bad idea. I’m going to kill my brother for making me do this. He should have sent Sybille. “My apologies. Nice to meet you, John. I’m Sarael. I had expected to be meeting with the bride and groom today.” she apologized, shaking my hand.

The moment our hands connected, I felt the shock wave of the mate bond I’ve only heard about run through my fingers, palm, and straight through my arm, hitting me straight in the heart. I wasn't sure if humans feel the mate bond like werewolves, but she must have felt something as she quickly pulled away and looked at her hand. “Sorry about that. Static.” she shrugged.

Sue Hager
...and this has been astablish what 4 times... 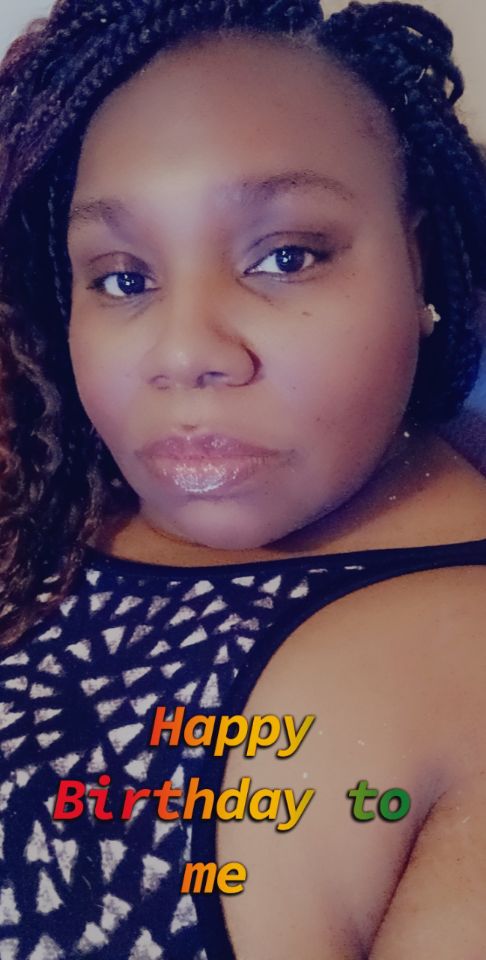 Yolanda Dye
Why won't it play

Jennifer Enger
Enjoy your books. You mention that Eugene, Oregon is a small town, but it is one of the biggest cities in Oregon with over 168,000 people... it is in no way small. Marley
Irving is too funny
Tracy Walper
*dimple (not “simple”