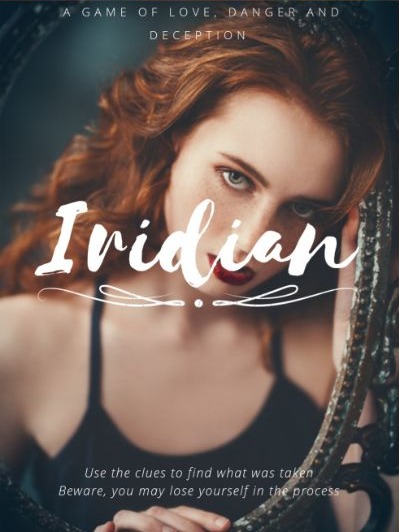 Once a year the Iridescence Pack opens their gates to the world. Once a year an event unlike any other takes place. Ruled by an Alpha with a penchant for trickery, Iridian is a game where nothing is what it seems. Werewolves around the world beg for a coveted invitation to Iridian, desperate for a shot at the grand prize. Invitations sent across the world; their recipients chosen at random. For an entire week werewolves gather for the anticipated Iridian, held by the infamous Game Master. Each year the Game Master changes the game, challenging the mind and tricking the senses.The only thing Rachel Thornton cares about is finding her mate and getting the hell out of her small pack. Located in the middle of nowhere, Rachel longs to see the world. When an invitation finds its way into her hands, she wants nothing more than to refuse and move on with her life. This year the rules have changed, and something important was taken from Rachel. The only way to recover what was stolen is to venture to the Iridescence Pack, becoming a pawn in a game she never wanted to play.