I walked into the court with a confident smile as usual. I knew the hearing of the day and even without glancing through it, I knew the verdict already. It was a planned event and well already paid for. I knew I was doing the wrong thing but the gift Danjuma would give would act as a consolation.

"The court may sit!"

I was so lost in thought that I couldn't even hear what the clerk was saying. I knew I just had to do this.

"On the 4th of April, 2016. Mr Femi Salami was arrested with a charge of murder on the victim, Mrs Sade Salami,who is identified as his mother. He has undergone two trials and this is the last and final trial"

"Is the accused present?" I continued.

The clerks nodded and gestured towards the defense panel and there he was sitting peacefully.

"Any last words Mr Femi?" I asked, boring my eyes into his bald head.

"Do you admit that you killed your mother?" I asked loudly.

"Since you admitted it,I would give my judgement based on that, murder is an offence punishable by the code 281 of the Nigerian constitution."

"Hence, here is my verdict.But before then, there is a word that says what you sow is exactly want you will reap. The accused Mr Femi Salami is sentenced to death by hanging," I said avoiding gazes with the accused.

"The court may rise"

I felt a sudden lump in my throat has been removed. I felt completely relieved but the audience was the opposite unfortunately. There were loud mumours and chatterings. I stood up and began to stride the same way I entered.

I knew what I had done. I had seen the pointless hope in the eyes of the accused and I wasn't sorry for that. My thoughts were halted by the loud smack of an object on a person and alas the victim was me.

"You will pay for what you have done!"

The intruder was carried out by hefty security men and I was alone nursing a pain I deserved.

As the memories came flooding back, so did the loud beating of my heart return.

I was on the bare ground, tied up like a goat waiting to be slaughtered. David sat down on the ground crossing his legs and folding his arms.

"Let's see, you deliberately left out the raw fact that Femi was mentally destabilized. He only does what people tell him to do .My mother told him to suffocate her with a pillow because she was tired. She was tired of feeling pain every single day because of cancer. It was quite unfortunate that a neighbor caught him," David said inhaling loudly.

"You expected me to overlook the fact that he killed someone. Maybe you don't know. The law isn't compassionate and it doesn't expect us to," I said smiling.

"Alright, you made your point well.Let me expantiate the situation to you ,you sentenced my brother to death so that the media could blow it up and forget about a drug trafficking case. My brother was simply the bait and you really do know to fish,"  David said whispering.

"You see, all of this you are doing won't bring back your brother. He committed suicide in prison. He hadn't even fulfill his judgement yet," I said chuckling.

I wasn't surprised about the impact of a wooden plank on my head. I clearly frustrated him. I spat out bits of blood and at that moment I regretted sentencing that man to death but the deed was done. He came once more ready to use the plank once more but was disturbed by a shrill sound. The sound was blaring from his pocket and it demanded attention. He carelessly dropped the plank and pulled the phone out of his pocket.

The voice echoing from the receiver was thin and it was hard for me to follow.

And he put the phone back in its original position.

He looked at me with a sense of pity and I wondered why he did that. I was only bothered about survival as I secretly tried to undo the ropes holding my hands together without him noticing.

"It seems your death is sooner than I expected," David said smiling.

The moon shined so brightly and I was the centre of attraction. David paced up and down anticipating something or someone. There was a loud screeching of a car and I knew someone was there.

David opened the doors to greet a young lady who was slim and short ,she was dressed in black. I wonder why criminals loved the color so much .She had the face of disdain when she looked over David's shoulder to look at me.

"What took you so long Tolani?" David asked hurriedly.

"Sorry it was traffic and I had to be careful,"  Tolani said.

She moved closer to me, taking quick and hasty steps and stopped right in front of me.

"Well, what do you have here?" Tolani began.

"The judge that sentenced the love of my life to death," Tolani said bitterly.

"I am sorry for your loss," I whispered.

"Your sorry won't bring back the dead, you should have said that a long time ago.I have no friends, nobody wants to associate with me.Everyday, I see pity around me. So don't tell me sorry." Tolani cried.

"But it won't change the fact that he killed someone whether intentionally or not," James screamed.

"He's not sorry at all," Tolani said looking at David.

Tolani did the unexpected. She brought out a gun from her back pocket.  It was trembling in her arms. I knew she was only bitter and wanted revenge.

"Doing this will only leave a void in your heart, you will be incomplete. You will live with a guilty heart. Is that what you want?" I whispered.

"Oh no, this is just to make you speak," Tolani said,twirling the gun with her fingers.

Tolani sat down and raised the gun to my head. I felt a huge rush of adrenaline as my heart was already in my head, pounding rapidly.

"Did you judge the case according to the law," Tolani said.

"Why the hell is he smiling," David cried out while hitting his leg on a wall.

"Did you judge the case according to your conscience," Tolani continued.

I remained silent, a part of me already knew the answer. My eyes showed the truth but my lips remained unmoved.

"I ask again. Did you judge the case according to your conscience," Tolani asked.

"No." I said with a croacked voice.

Tolani placed her left hand to her mouth and began to sob loudly.

"I wonder, when you say we shall see in court. Is it the truth waiting to be revealed or the lies getting a medium to buy time and survive further," Tolani screamed.

"If one is to rely on judges, It is very important that never admit to their errors," I said inhaling sharply.

Tolani stood up still sobbing, It looked like she had lost hope completely. Even on the verge of death, I refused to dance to her tune.

"It's kind of ironic.The more care you put into a murder, the harsher the society judges you" Tolani said sniffing aloud.

"My words remain firm. Your fiance murdered someone and deserved to die,"I said sternly.

I didn't understand at first until I heard the sound of a gunshot and everything went into darkness. 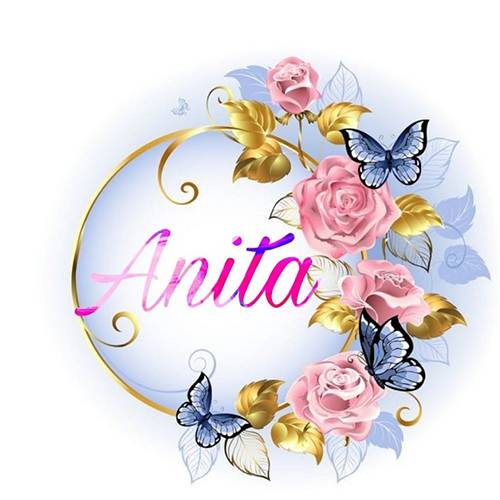