On my first day of school I woke up at 6am and got dressed into a red and black sports top, matching tights that showed off my whole stomach, socks and sand shoes. And I left the house and jogged around the town again.

It was really dead this time of morning. There was nothing open except the coffee shop. And I did see some warriors training on the training field. But I just passed them, even with the wolf whistling at me and I did a lap of the sleepy town before I got back to the house.

I had a shower and I blowdried my hair and straightened it and then I got dressed into a white layer top with thick lace straps over my arms, denim shorts and wedges. And then I headed downstairs and I got a cup of coffee straight away and mom walked into the room.

" A little. I know that I shouldn't be. I keep saying that their not our old pack. But it's hard." I say.

" I know it is. You had bad experiences at that pack. It wasn't fare on you. They picked on you because of me. And I hated them for that. That's why I wanted to get you the hell out of there." She says.

" I know. Aren't you going to be late?" I asked sitting at the table with my coffee and she looked at my watch.

" Crap. I am. I'll see you tonight." She says kissing my cheek and she left the house in a hurry with her hands full.

I still had a bit of time before I had to get to school so I did a little reading over my coffee until it was time to leave.

I finally left the house and I got in my car and I drove to the school and parked in the parking lot right next to the building.

I got out of the car and grabbed my bag and let out a deep breath. I was really nervous as I started approaching the building. I noticed almost everyone staring at me but I tried not to pay attention. It's only because I am new in the pack. I know that's why their staring. Because they don't know me.

I found my way to the office and the plumpish lady behind the desk looked up at me.

" Of course dear. I have your schedule and you're locker number and combination right here." She said handing me the forms.

" Thank you very much. Where would I find my locker?" I asked.

" Go straight out these doors and take a left. It's straight up the hall there." She says.

" Thank you." I say turning around and I left the office.

I was walking down the hallway trying to find my locker when someone grabbed me from behind and I turned around in an instant after jumping out of my skin.

" Holy crap on a cracker. You two really are identical twins. I wouldn't have been able to tell which one was Beau if you had the same hair cuts." I say looking at them. And they both chuckled at that.

" I told you she says what she wants." Beau says. " This is my twin brother, Cole and his girlfriend Olivia."

" Yeah. You too. Beau hasn't shuit up about you since he met you." Cole says and Beau elbows him in the ribs. Olivia didn't say anything but she did snake her hands around Cole protectively like I was there to take him or something. It was weird.

" Have you already got your class schedule?" Beau asked.

" Yeah. I was just looking for my locker." I say. So Beau takes my schedule and looks at it before he starts laughing.

" Bad news sweetheart. Us two have every single class together." Beau says.

" Yeah. You were meant to." I say before chuckling at his mock hurt expression.

" Come on meany. I'll help you find your locker." He says.

" Okay." I say. So we start walking down the hallway and I saw Beau's eye glaze over so I knew that he was mindlinking with someone.

" Oh. Cole wants to know how tall you are." Beau says.

" There are no girls at this school as tall as you." He says.

" So much for me blending in." I say. And I see him mindlink the answer back to Cole.

We found my locker and I unlocaded all of my books and I just grabbed the few that I would need for my first few classes. Then Beau led me to our first class which was History.

He walked in the classroom first but he motioned for me to follow him and he sat in the backrow and pulled the seat out for me right next to him.

Pretty soon a girl with long brown wavy hair start swinging her hips as she was walking over to us.

" Beau baby. You didn't call me all weekend." She says.

" Yeah. That's because we broke up three weeks ago, Emma." Beau says.

" But I thought we were going to give it another go." Emma says.

" Who the hell told you that? I said that we were over. And that was the last that I wanted to hear about it." Beau snapped at her. I could tears falling down her face then and she went running from the classroom and her friends ran after her.

Beau then looked over at me looking deep in thought.

" Did those tears look real?" He asked.

" That's what I thought. She made herself cry to make me feel bad." He says. And I raised my eyebrows at him with a smirk on my face. " Shut up." He says.

" Oh. What a little heart breaker you are. Oh my god." I teased him.

" And I'm starting to regret it." He says and I give him a wide grin.

" You haven't started to regret anything yet Beau." I smirked looking away while he gave me a wide scared eyed look.

The teacher soon came into the room and noticed that I was a new student but didn't make a big deal out of it. He just got started with the lesson. And Emma and her friends came back to class after it started and the teacher didn't say anything to them. He just glared at Emma for some reason.

" He knows that she's a drama queen and needs to make an entrance all the time." Beau whispered.

" Gotcha." I whispered back.

The teacher was teaching werewolf history today and wanted us to write a paper on the first four original werewolf bloodlines. It was due at the end of the week and it needed to be 5000 words.

Every groaned at that and I tried not to laugh because I've already done that assignment at my last pack. And I had it at home. So that was easy enough for me. I had done the work and I was going to put that to good use at this school too. Without doing the work this week.

Our next class was algebra which I hated and I sat down the back with Beau again and Cole walked in and sat right in front of Beau and turned around and started talking with us as well.

" So, you finally loose your worst half?" Beau asked.

" Would you please stop talking about my girlfriend like that?" Cole asked.

" But she's still his girlfriend. And he likes her." I say.

" Thank you Ivy. I thought you said that Ivy was a bitch." Cole says. And I looked at him with shock before hitting his chest.

" Shut up ass hole. Or I'll tell Ivy and your girlfriend what you were mindlinking me this morning." Beau threatened and Cole stopped laughing instantly.

" Nope. Not gonna happen." Cole says facing the front of the room. And I look at Beau suspiciously.

" I can't tell you now. He stopped laughing." Beau says.

At lunch time I went to go and put my books back in my locker and I felt someone walk up behind me so I turned around and Emma was standing there with her friends behind her.

" Yeah. You better be scared." She growls at me.

" You stole me boyfriend." She says.

" From what I hear, you're not together. And I only met him two days ago. And we're not dating. We're friends. So, I didn't steal anything." I say. She then punched me in the face, which I wasn't expecting.

" You know exactly what you did." She yelled. I looked back at her and wiped the blood away from my lip and I grabbed her by the hair and pulled her head down and kneed her in the face and she fell back on the floor.

I stood there waiting for her or her friends to make a move. But I never hit anyone while their on the ground. So I waited for her to get up. Which she did.

She charged at me but I dodged out of the way and we were creating a crowd around us and as Emma ran past me after I dodged her, I put my foot out and tripped her and she headbutted the lockers and put a dint in one of them.

She turned around and grabbed my hair and punched me in the stomach and I managed to pull back enough to kick her in the stomach and she fell back with a chunk of my hair. But before she could charge at me again someone grabbed her from behind and threw her against the brick wall.

I looked up and Beau was face to face with her and she was puffing. So she started crying immediately.

" Really? Because that's not what those people told me when they came to get me. They said that you attacked her because she apparently broke us up. You are the reason we broke up, no one else. And Ivy and I aren't dating. We're friends and you are going to stay the fuck away from her. Alpha's orders." Beau says.

" No. My brother is. And he says that she isn't to be hurt. Her mother is the new doctor in the pack. He doesn't want her mother packing up and leaving because of a hormal little bitch like you. Stay the fuck away from Ivy." Beau yelled in her face. And he turned to walk over to me while I was leaning back against the lockers.

" You're only friends with me because your brother doesn't want to loose my mother?" I asked.

" Sure you didn't. You're just like every other asshole in school." I say walking away.

Sharon Ortuso
loving it so fast it captivating

Melissa Wilson
Okay, she's being mad at Beau for no reason. I know her old pack sucks, but Beau didn't do anything wrong. 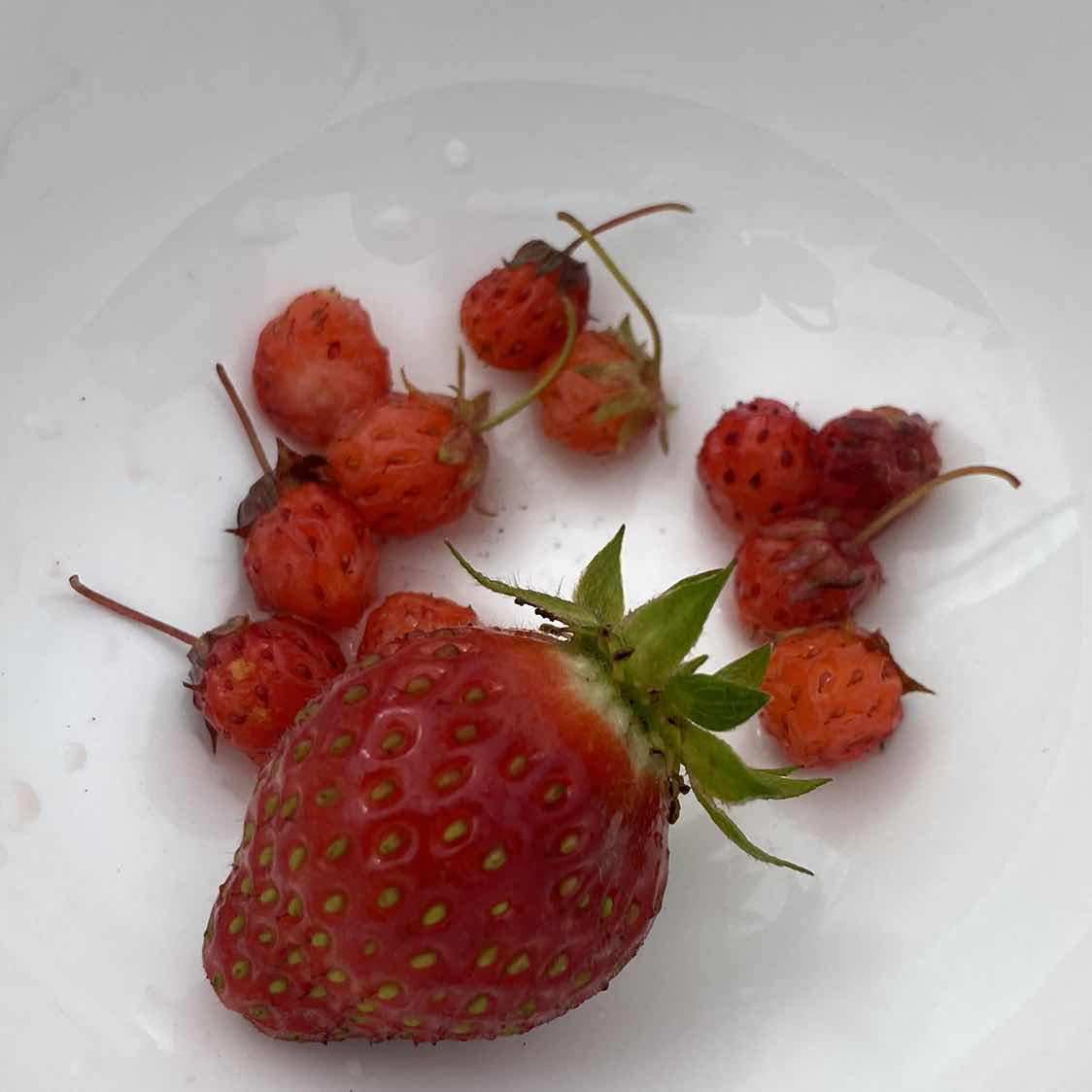 Kyla
I hate being broke;-;