Demons within Me (The Cambion's Son) Book 2
Author: Kate Granada

The existence of two races

The Alpha King, Lucian, howled when he saw his brother's Xerxes' lifeless body. He had scratches and bites all over his body from the Rogue's claws and canines. They attacked their territory while he's in a wild haunt.

The wind blows harder and it makes louder noise. He roamed his eyes around him and he saw his packs who battled with the savage Rogues, lying there lifeless and bodies pooled with their own bloods. They're a group of wolves who loved to colonized one territory to another until they got satisfied.

They're a type of wolves who's meaner, hostile, vicious and one of the uncivilized pack of wolves.

On the other side of the mountain, Lucian's Beta, Amir, carried the Alpha Luna, Cena, weeping and wincing in pain whose in labor. The Queen is pregnant and she's conceiving their first breed.

He took her out from the Canary palace while the Rogue's slipped in without their guard. They sneaked in without being noticed by Lucian's  Zeta. They're a group of wolves trained to become a warriors. They all got drunk after the little party in the Kingdom. Alpha King Lucian, with his ten packs, travelled alongside the forest to haunt and looked for their foods. He's the one who took the lead beacuse he wanted to impressed his Luna Cena and he let his Beta Amir to guard his wife. At first Amir opposed but he couldn't break the Alpha's decision so he had to follow his instructions without a second thought.

" King Lucian! We're sorrounded by the Rogues and some of our Zeta didn't make it."

"We're coming! Save my Luna no matter what and our baby!"

" Okay but Xerxes, he lead the attacked

and ... Amir stop. He sounded like he's in great fear and agony.

"What about my brother? How was he?" A voice of despair could be heard through their connection.

King Lucian, in his wolf form does the howling sound under the white full moon. His packs mourned also the death of their brother. He ran as swift as he could to their Kingdom. His  brother Xerxes was dead and her wife was now conceiving with their princess or prince.

Their black fur couldn't be seen in the darkness of the peaceful night in the Canary Kingdom. The one with a fiercy look and the bigger from all of them was their Alpha. Ramses, the leader of the rogue packs, gathered with his chosen warriors to invade Lucian's territory.

" It's time to have some fun tonight!" He whined and yelped in happiness. They lick one another's face and make a shuffling sounds.

They're in their wolf form, chasing their prey one by one. The Zeta wolves outside the gate of Canary were all peacefully sleeping and that's the best time to entered the main gate.

They jumped one by one to their rival wolves. Ramses, raised his claws and scratched it to one of the Zeta. He just awaken from the never ending agony of his skin. Ramses' canine appeared and he bit his prey without mercy. The Zeta wolf groaned in pain. He fought back, wasn't aware about his early death. Ramses put a poison on his claws and his prey slowed down his movement. His mouth released a green fluids which made him trembled on the ground.

One of the rogue, pounced on one of the zeta and swipe his sharp claws on his soft belly, making a ribbon of bloods covered his grey fur. Ramses suddenly ducked his head from another side of the ground when Xerxes leaped on him. Hovering and pinned him unaware of his action.

" Die!" Xerxes yelled after swinging his pointed claws on him but Ramses was so fast. He managed to counter attacked him and he clawed him on his neck. A crimson of bloods rained over him, make his body quivered and gasping his own breath.

" Useless canids!" He growled and called his other packs to continue the war.

Everyone in the Kingdom didn't survived from the brutal attacks of Rogues.

Amir and Cena on the run...

Amir in his human form, put Cena slowly on the ground. She's holding her mountain like belly, winced to the pain her early labor caused. They ran from the Rogues.

" Our Luna, we'll stay here first" Amir said. He studied the area with his eyes and ears. He saw no sign of enemies approaching on them. Cena, on the other hand couldn't keep the baby anymore from her swollen belly. It's about to burst out and she couldn't take it.

Beta Amir tried to link his mind to the Alpha King Lucian. He couldn't howled in times like this. The Rogues might seen them.

Cena cried in agony while pushing her hands from her belly through her opening. She howled softly trying to ease the pain when she felt the baby's head was almost in her opening and she's coming out.

A tears flooded on Cena's pale face. Amir didn't noticed the wound on her left arm. She got hit by one of the rogue claws while they're escaping from their territory.

While her life begun to fade on this world, a new born baby cries out under the purple shade full moon.

Thamer rushed his wife Diana who's now crying in pain to her belly. She's pregnant and she's conceiving a baby boy. They prayed to the Gods of Prophecy Apollo, to let their son be born as human.

After the war between Damon Salvatore and Thamer Reid, Diana's husband, the brood of vampires surrendered when Damon got killed by Thamer with the help of the beast Zachajir. Diana returned to being human again from her vampire form after drinking Damon's blood. He's blood was the cure to her vampire disease. Steph didn't make it.

" Mother, my wife, I think she's in labor!" He said while gasping on his own breath. He just came back from work when Diana called out his name while screaming in pain. She kept on punching him because he impregnated her.

" Stop now okay! It hurts! Be patient and the baby will soon come out!" He's covering his body from her hands.

Mrs. Scott was still working in the hospital but to a new one as a surgeon. After the battle two years ago from the evil Damon and after the death of his husband's Alexander during the war, she decided to served the Newark town forever until her last breath. This time, she's not selling human bloods for the vampires which she didn't know at first. She decided to gave her resignation letter and reported the hospital she once worked with.

Dr. Arman Belle and Antonio Mortez were both sentenced to served the prison for ten years.

" Calm down honey, take a deep breath!" She told her crying daughter.

" When I said push, you push" Martha told her. Diana grip her hands on the metal holder of the hospital bed.

" Ahhhhh!!!" She screamed. " The baby's head almost there. Again!" Martha instructed her. She then again shouted and pushed until her last strength. The sweats on her forehead started to drop on her face.

She felt relieved when she saw her newborn child held by her mother and raised him in front of her. She smiled but her vision became blurry and she passed out.

Thamer's smile faded when he realized that he's son didn't cry and Diana who became unconscious. He's worried that his son was also a still born baby like him. To have a cambion son was terrifying.

"Mom what happened to Diana and the baby?" He asked his mom Martha.

Martha looked worried also. " Diana just passed out but your child" she looked at the baby and her eyes widen when the child cried.

The werewolf girl, who was born under the swaying trees and circles of enemies.

The cambion son, who was born under the knife and circles of families.

Two races who soon destined to meet in one place. Chaos and darkness will soon dominate the entire world. 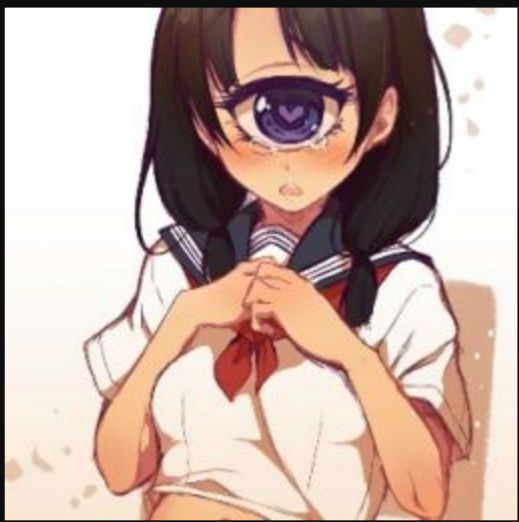