The ride to the club was beyond awkward.

A few of Kira's friends decided to join, along with Maria and her mate. Every seat was filled which meant I was stuck sitting on Killian's lap.I know, I know. After everything that we've done you'd think I wouldn't be so timid, but I am. It seemed that every time I was alone with Killian it was next to impossible to control myself.I felt my face flush as we hit yet another bump in the road, my bottom grinding into Killian's lap. I was all for public displays of affection but this was a little extreme.And of course, my traitorous mind thought back to what happened in that small room only moments earlier. I never had a good outlook on sex, but Killian seemed to chase all of that away. I felt safe with him, safe enough to let him take control. He changed my outlook on a lot of things."Claire, stop thinking about that." Killian's deep voice whispered in my ear, tinged with amusement.
Locked Chapter
Continue to read this book on the APP
Comments (8)
Elaine
It’s Maria’s mate thats there.. not her..

Jessica Don
why hasn't Claire experienced her heat yet? in alpha Asher it was 2 weeks or something after being marked or will it not happen until Claire marks Killian? 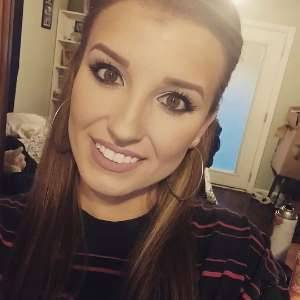 Sadie Perez
I'm kind of upset i spent money on this story. grammar mistakes are completely acceptable but to not even remember what your own characters know.......thats very frustrating

Sadie Perez
Maria is supposed to know them. she shouldn't be asking questions. While this story is good.....the author seems to forget her own plot.

Rose SB
Waist instead of weight
VIEW ALL COMMENTS